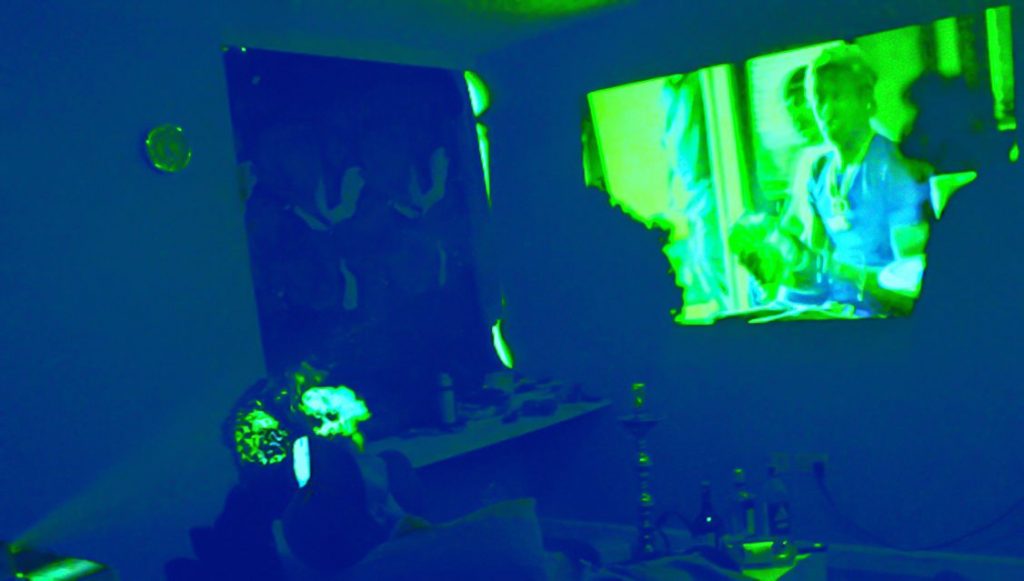 Shout out to all my niggaz living in the trap. Salute.

To refer to the rooms that campus students live in as a house is a great insult to real estate. These places of inhabitation resemble cells that the high and mighty are put away in.

During my maiden semester I, like many other freshmen, resided inside the school’s hostel. I had three  roommates who made my time there a priceless experience. Towards the end of that semester, I was in search of a house off campus.

My Jerrika, on the other hand, was adamant I should move to off. Maybe it was because she felt we were headed “somewhere”. On her part, she had already made a  down payment for a room off campus.

I tried to convince her to let us shack up at her place but she would have none of it.   There was no way she would date a man and house him at the same damn time.

Bae’s expectation wasn’t the main reason I moved. It couldn’t be (brushes shoulder off).

Ufisi was the genesis of my exodus.

See, continuing students used to come over to our rooms and regale us with tales of the wild wild off. The way these guys talked, you’d think they were bagging ladies like pennies.

It wasn’t hard to believe them because the ladies acted the part. They (ladies) would make us feel inadequate for living inside school by firing subliminal shots at us. Anytime you asked them where they’re headed, they’d say off with a certain accent. You know, the same accent they refer to Java with.

These two groups of students colluded to ensure I was brainwashed to the extent of believing that I’d have seventy two virgins waiting for me at my doorstep if I moved out. This motivated me to convince my  ever shrewd parents to let me move to “Eritrea”.

I doubt I can ever forget how I felt the first time the caretaker showed me the room I would be living in. Finally, a room my mother won’t nag me to clean.

The room was small but it felt like a mansion. Actually, it took me close to three years to realize that I’m living in a bedsitter. Sorry, studio apartment.

The trap is quite simple. Bed, table, closet, drawers & shelves and a lavatory. Guests will be welcomed to have a seat on a bed which is never made. But first, they have to navigate their way past empty bottles, plastic cups, dirty clothes and shoes that are lying on the floor.

A quick whiff of the air in the atmosphere will let you know that a different kind of Air Wick is being used. Al- Faker, Mastermind or broccoli are the preferred aerosols here.

Looking around, the walls are decorated with celebrity posters and graffiti. Bottles are the other form of décor in these rooms.  Expensive liquor bottles, most preferably green and black bottles, are strategically placed somewhere in the glaring open for all and sundry to see; proof that the tenants are indeed about that life.

The bathroom is a crime scene; only to be used when necessity dictates, while the bed, on the other hand, is where all the magic happens. It is here that Team Mafisi, more often than not, get their hands on another man’s future wife. Who knows? Maybe even their own.

I didn’t have a lot the day I moved in. In fact, I lacked bare necessities but I couldn’t notice my deprived status. Just having “my” own digs was more than enough.

Moving in is slightly hectic. Your boys are always surprisingly MIA but it’s better that way. If they were around, you would get nothing done.

Ladies have their girlfriends who are more than ready to help them in converting their traps into homes. Even if her friends aren’t around, there’ll never lack thirsty neighbors who’ll be quite chivalrous.

Once I had settled in, I went around informing any girl who cared to listen of my new social status. Home owner. I expected the annunciation to be followed with commotion at my door. It didn’t. My seventy two virgins didn’t show up. They never have (balancing tears).

Having a trap was significant but it wasn’t enough.

For those planning to move off, don’t be discouraged. Provided you’ve got serious game, then girls will inevitably come over but (unfortunately) not in the astronomical numbers you expect. It is also important to note that just because a girl is willing to come over doesn’t mean that things have to happen.

Eventually, in a cruel twist of irony, ladies will become the least of your worries. Within a few months of moving into the Sawi village (Peace Child, anyone?) you will be possessed with the teen spirit. When this happens, expect to put alcohol above everything and survive on one meal a day. The pangs of hunger will then gladly grip you by the throat leaving you emaciated like never before.

Of course, you’ll vow to be a better manager of your finances but it won’t happen. Not with the teen spirit in control.

Starvation, though the most prevalent, isn’t the only trial and tribulation ravaging off campus students. Power outages, water shortage and theft and are other demerits of living in the bando.

But, regardless, God blessing all the trap niggaz (dab).