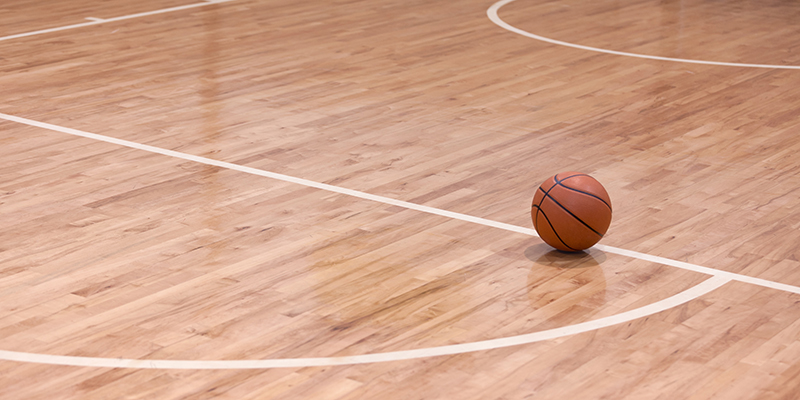 My internship ended three months ago.

It was a 5-month internship, from December 2020 to April 2021 as per the contract terms and well, what do you know? Time sure does fly!

I was slightly optimistic the internship would be extended after seeing my name on the Monday programme meeting of the first week of May but my hopes were quickly dashed on the same fateful Monday right before the meeting. Monday’s meeting was my final meeting. I promised myself that I wouldn’t let the expiration get to me but I was unable to get my mind off it to the point I couldn’t write. Si rahisi reverting back to a life without a steady income.

I am not sad to see my contract end, au contraire, I am proud to have seen it out to completion. Don’t get me wrong, I can copy write but I am no copywriter. This right here, whatever you call it, whatever it’s called, this is me. This is the dream.

When I got into this line of work, all I did was trust the universe wholeheartedly. I did not mind the sleepless nights or putting in the ten thousand hours of practice and maintaining a high level of discipline. In fact, I relished it. Unlike women, I believed, art would never break my heart so I had nothing to worry about or fear.

How wrong I was.

The universe on its part did not reciprocate. It refused to make my dreams come true, leaving me heartbroken. At the time, so much rode on this one basket of eggs. A job would have given me a lifeline and probably saved me from drowning in unemployment but for reasons unbeknownst to me, it never happened.

Devastated, I couldn’t go on. My fingers were bleeding and my confidence was hurting. I put the pen down. What followed was the biggest pity party on planet earth. Me, lamenting about how the deep state and cartels had colluded to ensure I do not get a piece of the writing cake.  Hadn’t I surrendered myself fully? Hadn’t I shown enough grit? Is this industry run on merit or politics? What’s the point of writing if it doesn’t make cents? Apart from kufunga nyama, what other role does writing play in society?

I started questioning anything and everything, anybody and everybody. I felt stupid, got angry with the world and lost all faith in humanity. I considered this to be the greatest travesty in art history. In the words of Didier Drogba, “It’s a fucking disgrace!”

When people, like my present-day crush, asked me what I was all about, I’d mention writing passively as if I was one out of the bottle. “A good writer is a paid writer”, I’d bitterly conclude after a long ramble.

I am embarrassed to say how long I have been doing this as it would be proof of my incompetence and I am not having that. However, the reality remains I do not understand the business of writing. I have never seen a writing contract with my own two eyes. I do not know the market rates or even perks of the job. I don’t know jack shit!

All I know for sure is I am a special one, and you ain’t ever seen a ni**a like me ever before in your life! Presently, I simply am where J. Cole was in ’08.

For the past three months, I have been soul searching for my “Why?”. A reason to go on and a reason to believe even when all hope seems lost. I have been trying to come up with a plan which does not involve going back to the same old naiveté way of trusting the process. Blind faith, as I have come to realize, is an optimistic term for madness.

Sadly, I’m too emotional to see the big picture. My ego has me believing I can afford to forfeit and wait for another paying gig to come around – whenever that will be. Meanwhile, I will be sitting on the bench with my legs splayed out and head held high as other writers continue to do their thing. Unsigned, unhyped and inconsistent as I am, nobody can do what I can do. No matter what everybody else writes, nobody will ever appeal to me more than I appeal to myself.

The culprit who’s responsible for me showing up here again is a self-promise I made a while back. Man, I don’t even know what I was thinking when I made this resolution. Maybe I was more desperate to prove a point than I am now or maybe I was more convinced this writing thing would work out than I am now, or maybe it’s a case of both.

Close to four years ago, I started praying and manifesting for one, just one, lucky break. I was particular with my affirmation, it had to be a writing gig but the genre of writing and length of the contract did not matter as long as it paid. In return, I would, amongst other things, resuscitate my yet to take off blogging career and carry on non-stop from where I left off.

I’m big on promises (especially those that I make to myself) and I make sure to keep them, no matter what. The universe has held up its end of the bargain. I just can’t believe that the ball is now in my court yet I still feel hard done by writing my heart out the first time, with nothing to show for it. Honestly, what didn’t I do?

Don’t be fooled, writing is quite demanding. There’s nothing exciting or romantic about the behind the scenes. It’s exhausting just thinking about what it takes to write beautifully. It is also quite costly considering you must access quality journalism lest you’ll wither and fall off. FYI, even the local dailies are now charging a subscription fee to access their content online. It’s become physically and virtually impossible to properly document the story of the human race without resources. This is why I remain gutted over not seeing pesa in this line of work!

On the flip side, at least I get to write with no expectations from here on out; God only knows how much expectations have crushed my confidence. Whatever happens, happens. Come to think of it, the only difference between my Jordan year and my Rockstar year is just that: age. Visually speaking, less than a week ago, a PYT told me I look 19-21. Time aside, nothing has really changed. I still have nothing holding me back. I have got no wife, no kids and zero bills to pay. I’ve got nothing to lose. So, why not apply pressure?

If you’re yet to get the gist of my rant, then let me make it more relatable.

Imagine getting back together with your ex. Not just any ex, but one who continuously disrespected you both in public and private – even after you climbed mountains, swam oceans and moved heaven and earth for them. On top of this, you absolve them of all blame and acknowledge that it’s indeed your fault the relationship ended in the first place. Further, you beg them to forgive you for their own treacherous deeds and promise to be a better partner moving forward. All this, you do, in the hope that they will eventually see your worth, appreciate your efforts and (inevitably) love you back.

That, right there, is my current relationship status.

“Your blog is not popular!”

In November 2019, I attended an interview for a Creative Writer’s position. The interview panel made up of two guys who sat approximately 1.5 metres apart from each other, behind their long desk, completely unaware that soon their seating arrangement would be the new normal. They wore serious faces. Sura ya kazi, if you will.

They started out by asking the obvious. Tell us about yourself? Level of Education? Hobbies? Etc. Once the niceties were out of the way, they wanted to know about my writing experience.

They prodded further, this time about my blog traffic. The highest number of views I had run up.

They chuckled at my numbers. Compared to theirs, mine were almost obsolete. “How can you claim to be a brilliant writer with such numbers? Your blog is not popular!” They smirked.

“Do you use popularity as the only metric to authenticate or discredit legitimacy?”, I rebutted.

In the end, I did not get the job but I’m sure my point hit home. Much as numbers don’t lie, they don’t always tell the whole story. Nowadays though, you’re considered brilliant only if you go viral which comes as no surprise considering how clout is one hell of a drug.

During my first run, I was doing modest concert numbers. I did not think much of it because I felt it was not good enough. The goal back then was festival or stadium numbers. In January this year, I decided to take a peek at my views and couldn’t believe my eyes! I had to counter check the date to confirm it wasn’t April 1. My concert crowd has forgotten all about me and moved on with their lives. For now, I can fit all my readers in a social hall and not because we are that many, but because of Covid protocols.

My digital marketing strategy involves putting up a new post link on all my social media accounts, then holding door to door campaigns by messaging active contacts and relevant groups. While there’s no denying a whole lot more still needs to be done to help popularize my blog, with the current resources at my disposal, I am – just like the humming bird – doing the best I can.

Maybe you don’t see it, maybe you are yet to see it or maybe you will never see it, but this is bigger than all of us. I do this for the culture – for the mere reason that we exist. I intentionally bind my soul to my work so that as long as I am here, as long as I am alive, nobody ages and nobody dies. We are forever young!

There are movies, songs, pictures, paintings, books… art, that I consider intimate. These crafts constitute a part of my soul I’d rather keep locked up safe and all to myself. So, if it’s the same with you, if I am that special to you, then by all means go ahead.