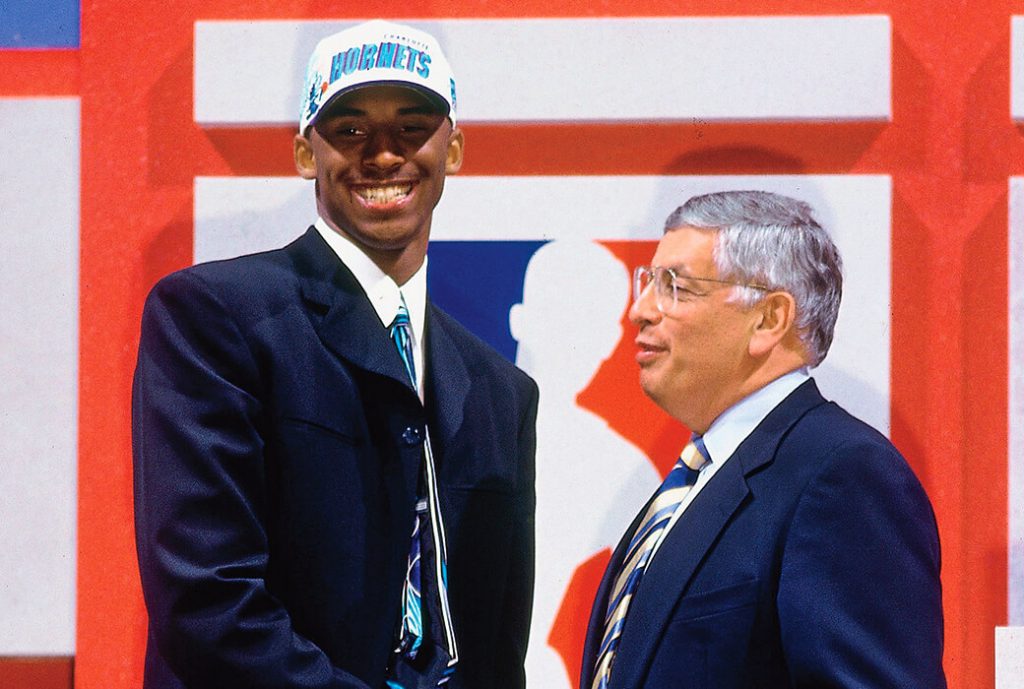 To ensure parity and nurturing of talent in the American men’s professional basketball league, the National Basketball Association (NBA) came up with the draft lottery system in 1985.

For one to be eligible for the draft, you must be at least 19 years of age during the year of the draft, and at least one NBA season must have lapsed since your graduation from high school.

The 14 teams who don’t make it to the playoffs are given first priority in bolstering their squads by injecting the aforementioned new blood, who go by the name of rookies, into their franchises.

The order in which these teams get to pick is determined by a lottery slotting system, whereby the team with the worst win-loss record during the regular season has the highest probability of securing the No.1 pick. The highest probability because, some teams set out to intentionally lose so as to secure the number one spot – a process referred to as tanking.

As a matter of fact, in a bid to definitively curb tanking, as from last season (the 2019-2020 season), the three worst teams have equal odds (14.0%) at the top pick with the team bearing the worst record of the three receiving no worse than the fifth pick. The fourth worst team has also been upgraded to a lottery team albeit with greater odds (12.5%).

Picks 5-14 are ranked in inverse order based on win and loss record while the selections for the remainder of the first round (No. 15-30) and the entire second round (No. 30-60) are determined by inverting the regular season’s standings table.

The actual lottery procedure takes place in a separate room just before ESPN’s national broadcast. Select media members, NBA officials and representatives of the participating teams and accounting firm of Ernst & Young are in attendance for the drawings. The process is then televised as the fanfare and rollercoaster of emotions witnessed during this event makes for good TV ratings.

On the draft night, a similar procedure and formality is also observed. Before an NBA team drafts a player, they usually let the prospect (via their agent) know moments prior to the actual announcement being made.

The trades, however, are unscripted and are announced as they happen in real time.

As expected, the No.1 draft pick is heavily touted to go on and dominate the league. But, this is not always the case.

This is the NBA ─ Where amazing happens.

Make no mistake about it, just hearing your name called, putting on a hat and shaking the NBA Commissioner’s hand is a big f*@#*&% deal.

According to the National Association for Sport and Physical Education, about 3 out of 10,000 male high school basketball players will be drafted into the NBA, which is about 0.03%. Additionally, as a consequence of being the best league in the world, NBA money ain’t no ordinary money.

Consider Draymond Green – a second round draft pick, a player who barely made it to the league, his first year’s salary was $850,000. And even with this “paltry pay”, the then 22-year-old Mr. Green was still very much part of the 1% of corporate America.

Yup, that’s what you get for being urban America’s favourite past time.

For the players though, in hindsight, it isn’t. Staying fit, staying in the league and making the climb is every baller’s dream.

I got a job recently.

Finally, {rubs palms together} ONE of my dreams is here. Against all odds, with absolutely zero connections, someone has decided to take a chance on me. Moreover, they are ready, willing and able to pay me for my wares. Supply meets Demand = Business.

You are now rocking with the newest, freshest, topadetop, Junior Content Creator (Intern).

Thank you, thank you, you’re far too kind. Thank you. Come on, that’s too much now! Please, stop it. I’m gushing.

Kieleweke: Mine is not an easy come up. I have not been given this position by no luck, man. Ask the hood about me, they know.

Let it also be known, I did not sign on the dotted line out of desperation. They made me an offer I could not refuse.

More about my J.D. ─ Goodness! I can’t believe I am actually saying this ─ to follow. But, for now . . .