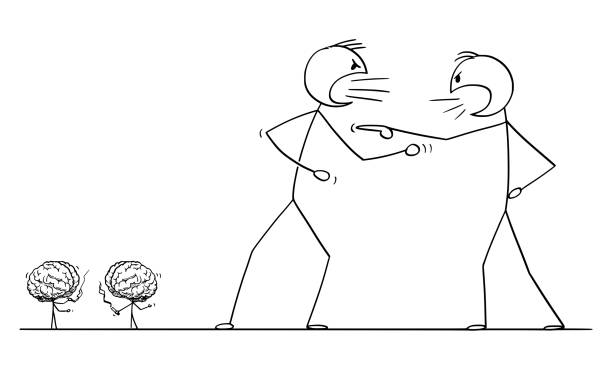 The Claw Within (Part Two)

I remember when I first locked horns with the gang.

The gang member I was at logger heads with belonged to a newly formed gang called Gaza. This was in reference to the gang in Jamaica which went by the same name. Our estate criminal group consisted of young teens who were still in high school or had just cleared their basic education although they were still very green on the perks of the unlawful trade, they had strength in numbers. I was older than most of them but I dared not trouble any of them. Bad luck for me; trouble came knocking at my door.

I had recently befriended a beautiful lady in the estate called Irene. She was a one in a million kind of person. We were similar in almost all aspects of life and I felt we complemented each other well.

Our first interaction left me smitten by her utter boldness. I was dragging my feet back home after an uneventful day at the Central Business District of Nairobi (I’m Luo but do I say). I had been stood up by another lady earlier on. She was comfortably seated at home but claimed to be stuck in traffic as I melted in the sweltering heat.

After three hours of solitude and sun burns, she started ignoring my calls and texts. I kept asking myself what I did to her so that she can subject me through such inhumane behavior. This was my first time being stood up and ghosted, so you can imagine how stupid I felt.

On the bright side, I ended up saving the cash I had planned to spoil her with. I had the whole afternoon planned out for us. It was her loss. Anything I could say to help me sleep through the night.

As I trudged on the path, a girl walked up to me. She interlocked her hands with mine, planted a kiss on my cheek then said, “I am so happy to see you dear.”

You should have seen the look on my face. I was both excited about the kiss, at least someone had seen I had a bad day, and bewildered. She must have confused me with someone else.

While I was recomposing myself to let her know that I wasn’t who she thought I was, I saw her beautiful smile. She had a million dollar smile. Her teeth were symmetrical, small and fit perfectly in her small mouth. When I looked into her eyes, I saw fear. Instinctively, I knew that someone was either following or bothering her. I didn’t look back, I just pulled her close then made up a story as we moved along.

After walking past a few houses she finally said. “Thank God they are gone! I’m so very grateful. How can I ever repay you?”

“Getting to know you would be just fine.”

She took my phone and dialed her number.

After that it went down in the DM.

The first night was filled with endless conversation.  My eyes were fixed on the phone screen and fingers locked on the keypad. She was a fast texter as well. We got to know each other better; it was an amazing night of bonding.

We met the following day and took a walk around the estate. I enjoyed the time we spent together and she felt the same way as well. She told me how much she would really love to take such leisure walks without having boys pestering her for her number. Hers was not an isolated case, her friends were also hesitant to leave their homes. I always thought that boys were the only targets for these thugs. Apparently even girls had targets on their backs.

As I escorted her back home, she noted that we hadn’t been targeted by any scandalous mbogi the whole time. This could only mean one thing: I was part of a gang. Not just any gang, but one that is absolutely reckless and ruthless. One that is loathed and feared by the rest.

She quickly drew the line on what was going on between us by demanding I never return to their place, call or text her again. I didn’t understand her sudden change in mood. Her aggression was overwhelming. The fear in her eyes, familiar. I couldn’t do anything. I had not even fully processed what she had told me. I assumed maybe it was something I said.

I passed by their place the following day on my way to the basketball court. She was seated on their veranda, happy and smiling but her mood dipped immediately she saw me. I felt I deserved an explanation. She, on the other hand, felt she need not explain herself. I was a gang member and there was nothing I could say or do to make her think otherwise.

I continued on my journey to shoot some hoops hoping to get my mind off her. It was all for naught because even after leaving the court, all I could still think of was her.  I needed her. I needed that feeling. I needed that rush that flowed through me when I talked to her. Without her, nothing seemed to be enough.

I had to get closure and so I sent out one last text. A final message.

“Hey Irene, I’d appreciate it if you had accorded me the right of reply. Good night.”

The text wrapped up most of what I felt, disappointment and hurt. That night, just as I was about to retire to bed, she called.

Turns out the text had actually rattled her. We spoke at length about the issue at hand and by the end of it, we were finally on the same page. Our friendship had been restored.  Yes, friendship. All through I was too scared to take things to the next level. I did not know how I would handle her shooting me down so instead I went ahead and friend-zoned myself. We agreed to meet up the following up day for our leisurely walks. It was as if nothing had happened in the first place.

Now, if you’ve been following closely, you will realize that I have digressed from the day my luck ran out to my “love interest”. I have done so in order for you to understand what I did next. Without the lengthy rambling, you would not get the full picture.

So where was I?

As we were strolling down the block, a guy approached us. From his dressing and mannerism, I could easily tell he was gang affiliated.

Irene was startled by his presence. I played it cool. The guy stopped right in front of her. He started protesting while refusing to acknowledge my presence. He was pissed that Irene had ghosted him but openly walked around with other guys (this was in reference to me).

Since the conversation was one-sided, I grabbed Irene by the waist leading her away. The guy was so livid that he dragged me back. In self-defense, I shoved him back and he fell on the ground. I clenched my fists ready for retaliation. He rose back up spilling vitriol. I couldn’t even comprehend what he was saying. Yes, he was speaking Sheng but it was a dialect I was not acquainted with. Like that of Mbogi Genje or Gotta City.

He concluded by issuing a threat…