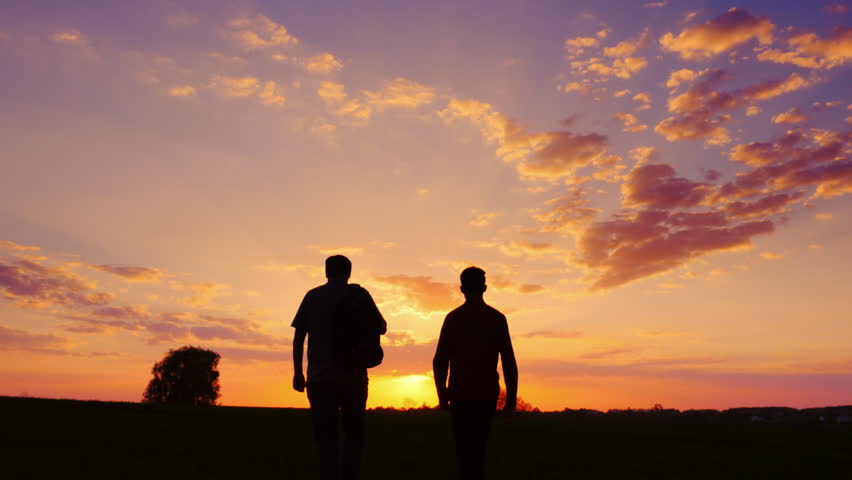 The Claw Within (Part Three)

I had crossed the line with the gang.

I was scared and shaken to my roots but I couldn’t let it show; especially not to Irene. She was relieved the confrontation didn’t end in a brawl. She was also worried about my safety and begged me to lay low until the matter blew over.

Unfortunately, gangs never forget. The heat never dies off. God forgives, gangs don’t. And I knew this oh too well. One of my friends had been roughed up recently for hurling insults at a gang member close to a year back. He, himself, had forgotten what he had done but the gang made sure to remind him by dishing out a beating he would never forget.

When I got home, I wanted to tell my elder brother about my predicament but decided against it at the last minute. We had grown apart over the years. He had made new friends and I wasn’t growing as fast as he expected. He viewed me as a little kid who should be left alone doing kid stuff.

I spent the next week in complete disarray; rarely leaving the house and making minimal contact with the outside world. I did not see Irene throughout this time. All our conversations were now via call and text. She notified me about the Gaza gang constantly hovering around her home, presumably waiting for me. They didn’t know where I resided but they were sure of my movement patterns.

Irene was scared of leaving their house as well. Even when the gang was not around, she couldn’t just leave her house and come see me out of fear of leading them to our place. I was happy that she considered all possibilities and actually put my safety above everything.

All hell broke loose one evening when Irene and I were discussing the kind of turmoil that the youth of our area had gotten themselves into.

“I am tired, someone should do something about these boys. I can’t live like this. I want to see the person that I love.”

Those words stirred up the crazy inside me. She had just confessed her love for me. Our relationship was moving to the next level. Only thing left was the roughian group barring us from each other. Immediately, I put my phone down and put on my sweater, and left the house.

On the way, I bumped into a few friends and they informed me how Martin, the guy I shoved to the ground, had been looking for me. I told them that I was going to confront him and put an end to this. In anticipation of the final showdown, my friends tailed me. They, however, kept a safe spectator’s distance.

When we got to Irene’s place, I saw the Gaza gang. I could only recognize Martin so I walked up to him. He didn’t see me coming since his back was facing me. Once I got into his personal space, I pulled him close by the shirt then – just as my brother had taught me when we were young – head-butted him; bashing his nose in. He fell on the ground and began bleeding profusely.

He started shaking and so did the rest of the gang members. I too was shaken. What had I just done? I only came to talk, not to cause trouble. My demons had clearly made a better case than my conscience. Now the same demons had served me up as dinner to these ruthless kids.

I decided to turn back and head home. Reparation had been served so there was no need to rub it in. My friends were waiting for me just around the corner. I was welcomed back with high fives and fist bumps. A non-gang member had never stood up to any known gang member.

I asked them to play it cool until we were in the clear as my gut feeling told me it was far from over. When we got to the homestretch, I felt relieved and started counting my chicks. No sooner had I let out a sigh of relief, than I had someone shout my name from behind. I looked back only to be met with the gaze of Gaza gang members.

All my friends took off to the sunset. They had been harassed by this specific gang so many times and were in no need of a refresher. I did not run. I had to face these ridiculous people. This time, no matter what, I wouldn’t retaliate or fight back. All I had to show them is, no matter what they did to me, I would never be scared of them again.

When they got to me, one of them who came across as their leader jabbed me with his fist in my gut. The punch drew all the air from my lungs. I clenched my belly hard, almost falling to the ground but somehow managed to stay on my feet. I didn’t want to give them the satisfaction of victory by going down easy. Except for Martin and their alleged leader, the rest of the members were reluctant to put their hands on me.

When I rose again from the blow, Martin was all over the place. He reeked of dry blood.

“I love that girl and you going to keep away from her!” He spat sending sprays of saliva and blood to my face.

“We are not done with you. When we are, you’ll be running any time you hear the name Gaza!” The gang leader spoke this time.

This was followed by a pull and jab on my jaw then a push which sent me down on the hard concrete. Martin had grown a pair and actually took a swing. After that everything was a bit blurry. I was lying on the ground but could feel the presence of someone else entering the melee. I couldn’t make out who it was since I was still dazed from the blows. The guy helped me to my feet. All the gang members had now moved back a step or two.

“Who do you people think you are attacking my brother? Nyinyi ntawakujia!”

I immediately recognized the voice. It was my brother. His voice reverberated around the scene as he stared down all the gang members.

“We are so sorry Bob, we didn’t know that he was your brother.” The gang leader pleaded.

They were all shook. All because of one guy?

“Just leave!” My brother roared while still maintaining a stern and vicious gaze.

We walked back home shoulder to shoulder with my brother without exchanging a single word. This is when I realized how much we had drifted apart. We used to have endless conversations filled with laughter and sometimes argument, but dialogue nonetheless. Now it was just pure silence.

When we got to our house gate, I thanked him for having my back. I felt really proud to be his brother. It felt like we were in the Brotherly Love Coca-Cola ad.

He then disappeared into the dark to handle other ‘businesses’, I presume.

After asking around and talking to other gang affiliated folk, I got to learn who my brother really was and why he struck fear in the faces of the Gaza members. Turns out, he was the leader of the original gang. The strongest and most feared gang around. The one’s who, for lack of a better word, started this gangsta shit.

I was conflicted with emotion when I learnt of this but still remained grateful to him for getting Gaza off my back. The gang completely kept away from me. Whenever we crossed roads, they crossed the road. They avoided me like a plague.

Irene was curious to know what I’d done to them. She only heard that I had broken Martin’s nose. I disclosed to her the real reason and the news left her feeling unsettled just as did to me.

All in all, it ensured my security. Our security.

Years later after moving out from Komarock to go build our own home, I came to learn that Komarock Residents Association took the reins to try and curb the petty crimes in the estate. Police were called in to clean up the estate by picking all gang related folks. It was a clean sweep since all gang affiliated people were well-known. If we hadn’t moved out, my brother would have been in the wagon of hooligans fighting off countless court charges.