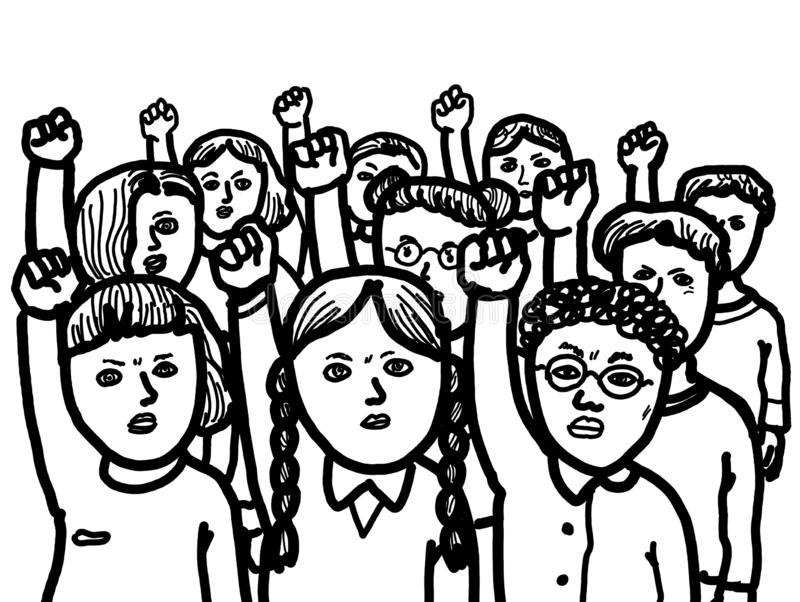 I was officially called back to school after serving a three week suspension. This time I showed up accompanied by my parent.

The night before, my father came home with a branch stick. The fact that he had gone through the trouble of cutting a branch from a tree was the surest sign of his eagerness to work on my behind at The Director’s office. Later that night, possibly overcome with excitement, he tested out the rod on me to assess its pain inducement and brittleness capabilities.

“Na bado. Kesho utanitambua!” he bellowed, satisfied with the cane’s efficiency. I am positive the only vision my old man saw in his mind’s eye, as he retired to bed for the night, was of me writhing on the floor after each stroke like Omondi Timon. Never again would I disgrace him in such a manner.

The Director was on top of the world when we met him once again the following day. He glowed like a newly-wed fresh from the honeymoon and deservingly so. The what was supposed to be disciplinary meeting began with him relieving the day the results came out. He narrated how the press camped outside his institution like the paparazzi. How the office line and his personal line rang off the hook. How local leaders of the area paid him a courtesy visit. Some going a step further and gifting him cash or in-kind for the exemplary performance. The ripple effect of success.

As the congratulatory messages flooded in, preparations were underway for a feast befitting the Victor’s and Victoria’s although none of those who had sat for the exams were present to join in the celebrations. Hmm … Victor and Victoria … that sounds familiar. Oh yeah, ‘Who’s Smarter Now’ hosted by Regina-Re which aired on KTN, Sunday nights! Remember the show?

The institution normally operated in isolation with zero interaction with the outside world throughout the term. No funkies whatsoever. But on that red-letter day, The Director allowed students from both sections to intermingle freely with each other for the first time in the institution’s history. Four bulls were slaughtered, several batches of cakes were baked and soda flowed freely. People ate, drank and made merry; like there was no tomorrow. It was the stuff of fairytales.

The Director was relaxed throughout the meeting. He didn’t address me sternly or take up a combative stance. Matter of fact, he was half-attentive; constantly glancing out his office window as if he was expecting someone. Maybe a member of the fourth estate who’d come to do a follow up story or a special feature. Maybe another Mheshimiwa bearing good tidings. Who knows? Whatever the case, it was quite odd. You would expect a disciplinarian to kick up a storm before meting out punishment but, no, not this time. There wasn’t even a cane near him. My parent looked out of place with his hand-picked rod, like he had dressed in black at an all white party.

Here’s the thing, when I was suspended I knew I would eventually be taken back in. My conduct was certainly reprehensible but it did not border on the extreme. I did not vandalize anything or harm anyone. I was a petty offender and The Director had no doubt dealt with worse. Therefore, reinstating me after serving my suspension and with a good whacking seemed like the ideal thing to do.

Sadly, life is everything but ideal. An ideal world is a fantasy world. Real life is full of twists and turns, peaks and valleys, triumph and disaster. In the real world, shit happens.

Everything had changed since the last time the three of us sat in The Director’s office. Things had gone from zero to 100 in The Director’s favour. He no longer had to put up with bull-headed students like me completely. If anything, he then, more than ever, had to weed them all out and make room for a large lot of incoming students.

With the media coverage the school had been accorded, it was fact that during the school holidays (read transfer window) parents would flock to his institution in search of admission slots. Gone were the days of the institution scavenging for students to enroll. Now, they’d have the luxury of cherry picking.

Parents and guardians would soon be grabbing each other by their shirts and pulling each other by their hairs outside his office. He would step out of his office every so often, just to bask in the bedlam he’d created. When he got back, he would lean back on his reclining office chair, kick his shoes off and put his feet on his large wooden desk. A wicked smile that extends the full width of his face would precede an evil, uncontrollable, air-filling laughter. The Joker.

“Show yourselves out.” The Director waved us away, bringing the disciplinary meeting to a premature end. It’s funny how success quickly turns one into an arrogant prick.

We closed the door behind us and that was that. I was dismissed, I was disposed off, I was expelled.

Life had shown me the middle finger.

True to expectations, the school used that fete to advertise in the local dailies for the longest. The ad itself was quite something: a picture of the students (girls) ecstatic accompanied with supporting text briefly describing the school’s academic achievement and the all-important call to action. Its creativity and originality was undeniable. The ad stopped you right in your tracks, you couldn’t turn the page. If it were run during present times on digital platforms, you would definitely have clicked on the link. Thus, it came as no surprise when the institution decided to milk their achievement dry by running the same advert consistently in the years that followed.

On the surface, I pretended to be unapologetic about my actions but deep down I was in ruins. Even after moving on to the fourth then fifth school, it still hung heavy on my head. The third school had in the blink of an eye turned into that ex who goes on to experience a complete glow up after you’ve broken up. So, for some reason, I couldn’t help but wonder “what-if”?

Thankfully, my guilt was short lived.

A year later during the April holidays I bumped into a former classmate at Inntech. Surely, if you lived in Nairobi during the height of the movie shop business, you must know Inntech Media. It’s now a Gamers Lounge but back in the day there was no bigger movie shop in Nairobi than the Moi Avenue based stall.

These guys had an entire floor purely dedicated to the grind. The room had mounted fans on every corner but the blades couldn’t rotate fast enough to keep up with the heat from the multiple CD burners. They were grinding alright.

Inntech was the plug’s plug; I swear, sometimes it felt like they got hold of films even before it hit theatres. I wonder what torrent site they used.  Apart from pirated films, they also stocked pirated PC and PS2 games, pirated music albums and their own curated music compilations. Your local estate movie dealer undoubtedly copped master copies from them.

Inntech was always packed with youngins, which boosted its notoriety. Normally, you’d make your order and hope it would take time to be processed just so that you could keep checking out the fairer sex who’d thronged the premise. Talking to the pretty girls was challenging because the staff were always on their case. Their “good customer relations” used to really piss me off. I was secretly jealous of the guys who worked there. As a teen, I considered working there to be a dream part time job.

Anyway, my former classmate informed me that the school went on strike the following term after my red card. Their fifteen minutes of fame eventually ran out and the frenzy died down. They got back to seeing the school for what it actually was: a wack institution.

Further, zero changes had been effected since their Cinderella story. Sure, the school population did shoot up but the quality of service plummeted. The only thing The Director cared about was maximum profits. Frustrated with the oppressive regime, the students finally grew a pair and showed The Director the middle finger.

A dormitory was torched.

This was the best news I received that year. I instantly felt a whole lot better. If I had stuck around, I’m sure I would have been singled out as one of the instigators or perpetrators whether I participated or not. Let alone getting expelled, I would have been arrested, arraigned in court and charged with arson. It’s horrifying to think which direction my life would have taken at that point. Getting expelled early on was a blessing in disguise. Thank you Jesus!

I also reasoned that my expulsion in record time must have lit a fire in the students’ hearts and stirred something in their souls. All through the years, they constantly talked about doing something drastic but were too scared to make good of their threats. Then, I walked in. Fucked shit up. Left.

It warms my heart to think that in the stories of their lives I will go down as a freedom hero. In my own twisted way, I was Superman: “Truth, justice and a better tomorrow.”

In campus I made the acquaintance of Rachel, a lady who’d schooled in the Girls Section of the third institution. Their story was quite similar to that of the Boys Section; student unrest was second nature to them as well. The delightful news demanded a drink up.

We raised our tumblers to unruliness.

To date, the wretched institution is still marred in never ending scandals. Just a month ago, on a Facebook group called X High School is a scam, Be warned a member who claims to be a former teacher alleged that The Director practices bad hiring (employs untrained teachers, not TSC certified), wage theft, wrongful dismissal and sexual harassment.

The reality is that the third school is indeed a scam. Be warned: The institution is forever cursed with a tragic ending. Theirs is a horror story—you’re doomed the moment you notice the school signboard and proceed in the signaled direction. Wrong Turn.