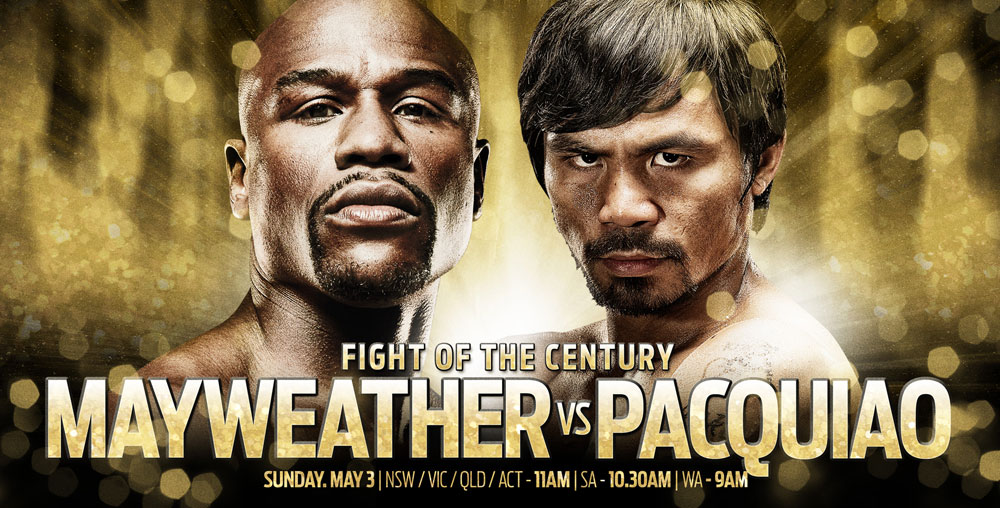 Billed as the “Fight of the Century”, #MayPac was about five years overdue. Still, that did not kill the frenzy of the grand showdown which took place at the MGM Grand Arena in Las Vegas on Saturday, May 2, 2015.

Considering the level of publicity the boxing match received, lack of private jet parking space was the first world problem facing some of the wealthy attendees in Las Vegas. It is also worth noting that the cheapest seat at the mega fight sold at a starting retail price of 1,500 US Dollars.

The event start time was quite weird for us Kenyan folk, but who cared? I caught the championship bout at a club—where you had to purchase two beers as entry fee—with friends. The place was jam packed at a time you would expect it to have closed down. It was an early Sunday morning which felt like a late Friday night; everybody was up early or stayed up late to witness the “Battle for Greatness”.

I can’t begin to tell you how hyped I was for this fight. When Muhammad Ali was hospitalizing rocks and arresting thunder, I was yet to come into this world. When Mike Tyson was dishing out first-round knockouts in his black trunks and black leather laced up shoes without socks, I was a child who preferred watching cartoons over anything else. Now that Floyd ‘Money’ Mayweather and Manny ‘Pac-Man’ Pacquiao were going head to head for the first time, I was old and mature enough to take in the bout of the decade and all its glory.

Pacquaio started off on the offensive and kept it that way for most of the 12 rounds. At first, I thought Mayweather—whose company Mayweather Promotions was the lead promoter of the fight—was taking time to study his opponent, but, as it turned out, he had other ideas. Instead of floating like a butterfly and stinging like a bee, Mayweather jumped like a grasshopper and danced like a ballerina, evading Pacquiao every time. When he wasn’t running around the ring, then he was running down the clock and killing his opponent’s momentum by clinching him.

During his in-ring post interview, Pacquiao himself admitted that he thought he had won, but alas, all three judges saw different. According to their scorecard, “Pac-Man” threw more power punches than “Money”, but the American, who remains undefeated, landed more power punches and overall punches than the Philippine. Pacquiao, who got us jumping out of our seats a number of times, aimed for the knockout, but Mayweather proved why defense wins/retains championships.

“Call me old school but I like the fans getting their money’s worth by watching an action packed fight.” Oscar De La Hoya’s tweet resonated with devout boxing fans who had sat inside the MGM arena or tuned in from far and wide expecting to see a bloodbath; where blows would be traded left right, noses broken, eyes swollen, cuts and bruises inflicted, jaws dislocated and finally the icing on the cake… a knockout.

After the in-ring antics we witnessed, it’s not hard to understand why Mike Tyson was left feeling underwhelmed and Oscar de La Hoya had to apologize to the boxing world.

An edited version of this story was first published in May 3, 2015.